skip to main | skip to sidebar

The blog has moved to: http://kotobaandsign.blogspot.jp to be under the name Kotoba & Sign.
Feel free to look through this "old" blog as well as hop over to the "new" one!
In this blog you will find information and stories of our experience with signing. Please feel free to ask questions and leave comments! このブログでは、私たちのサインを使った経験からの情報や体験談を紹介します。お気軽に質問やコメントを残してくださればと思います。どうぞよろしくお願いします。

This blog will stay online but future posts can be found at http://kotobaandsign.blogspot.jp  Please update your bookmarks!
これからもよろしくおねがいします！
Posted by Houdini at 10:19 PM No comments: 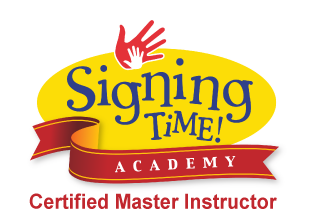 I came across the e-mail today from 2009 announcing my certification and stating that I would be the first international instructor from the Signing Time Academy (STA) to be certified and one of the first STA instructors.  At the time I had a Baby Signing Time class in progress (using the then brand new curriculum) so that class was also one of the first classes to complete the course!

My journey to this point, however, started years before.
As a child I had a baby sitter who would teach us ASL signs.  I don't remember much but when I was taking the ASL course to become a STA instructor there was something in my mind that recognized a number of signs and made it easy to remember them.
Also, at the church/school/camps that I went to, from childhood through college, we often had ASL signs as part of the actions for songs. Many of those signs also managed to stay with me.

In college I remember having a dormitory conversation with some of my friends about be benefits and pitfalls of signing with babies and young kids.  Apparently it came up in one of their Early Childhood Education classes and the consensus at the time (circa 2000) was that signing (using ASL or gestures) with babies/toddlers/preschoolers was bad. Years later the opposite has actually been proven to be true.
I don't know why I remember this particular conversation so well.  Perhaps it is because I was exposed to sign language as a kid and I turned out OK?  Whatever the reason was I knew that some day I would try signing with my kids as it seemed like a beneficial thing, not harmful.

Jump to 2007 when my son was born...
With my new baby there were so many things I wanted to try!  When we finally were ready to get out and be more social (when he was around 4 months old) we signed up for a Japanese language Baby Signs class.  Going to class gave us motivation to get started on our signing journey.  However, I was put off by the amount of homework we had... and that many of things were crafts which were not baby friendly.  As the course ended I started looking around for a couple of signing DVDs that we could use at home for further study.  That is when we discovered Baby Signing Time and Signing Time.

2008 - During the next year my son's signing took off. His first few signs started coming randomly at 9/10/11 months old. By 20 months old he was regularly using about 150 signs, most of which were learned from the Signing Time DVDs.
At that time we found a Baby Signs class in English in Tokyo and signed up.  While not all the signs used in class were ASL signs enough of the signs overlapped to allow him to take what he learned from Signing Time and use it in class.  The main reason for taking the class was so we could be in an environment where my son could interact with other English speakers and where his signing could be understood.  It is very hard to teach someone a language if they have no one to use it with!
One challenge we faced though was that the teacher of the class tried to discourage us from signing as my son was starting to talk.  The class administrator and other students though were very encouraging and supportive of our signing journey.  Thanks to the Signing Time Resource homepage I knew about all the potential benefits of signing and was excited to see where the journey would lead.

During the summer of 2009 I was asked by a few different people if I had considered becoming a baby sign language instructor.  It wasn't something I had ever imagined myself doing but when I started looking at the possibilities a great opportunity came up.  Two Little Hands, the people who bring us Signing Time, was working on creating the Signing Time Academy.  In the fall I became a STA certified Baby Signing Time instructor and started teaching my first class.

In 2010 my daughter was born so I took a few months off from teaching.  During that time I studied for and was achieved STA Master Instructor status.  With a super signing 2 year old I had plenty of chances to use everything I learned as his thirst for knowledge and new words (signs) was unlimited!

At the start of 2011 I returned to teaching regular Baby Signing Time classes - this time with 2 little signing assistants!
My daughter was born into a signing family which turned out to be a huge advantage for her.  She started responding to signs when she was 5 months old and by the time she turned one she was regularly using 10-15 signs.  Thanks to the example set by her brother she picked up many new signs so quickly that by 20 months old we were no longer able to keep track of how many signs she knew!
It has been interesting to see which signs she likes the most.  Generally they are signs (like dinosaur, umbrella and helicopter) that I didn't teach her directly but she picked up from her brother!  Signing has shown us her personality and is a key to the great relationship she has with her brother as it has allowed her to communicate with him directly from an early age.

In 2012 a new class was opened in Adachi-ku in addition to the regular classes on Suginami-ku.

That brings us up to this week.  It has been a great journey so far and I'm looking forward to discovering where we will go from here! 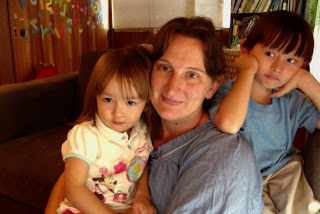 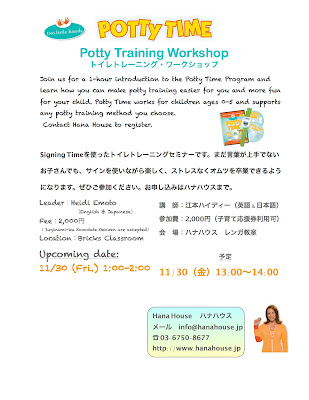 
Join us for a 1-hour introduction to how you can make potty training easier for you and more fun for your child. Potty Time works for children ages 1-5 and supports any potty training method you choose.
Contact Hana House to register.
This workshop will be held in the Hana House Bricks classroom near Nishiogikubo Stn. on the Chuo line in Suginami-ku, Tokyo.

If you have any questions I can be reached at heidi@signingtimeacademy.com

Please e-mail me if you live in Japan but are not in a location where classes are offered. I can help you get started with Baby Signing Time and/or Signing Time. 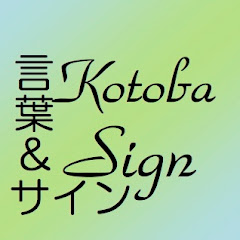 Interested in taking a Baby Signing Time class? I am teaching at Hana House (Suginami-ku) and in Takenotsuka (Adachi-ku) with new classes opening every couple of months. 赤ちゃんといっしょに学んでみたい方は杉並区にあるハナハウスや足立区の言葉＆サインのページを見てください！

Click on this link to go to the Signing Time Academy Store to do a bit of shopping.
http://signingtimeacademy.com/heidi